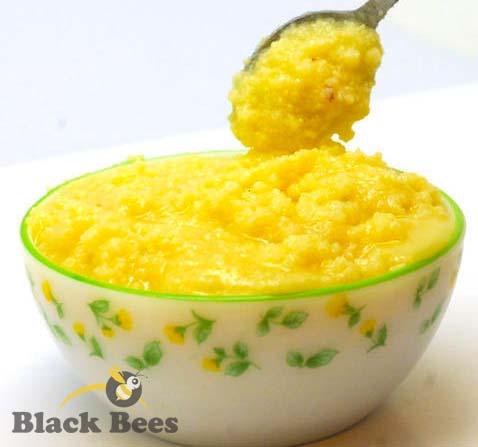 Srivilliputthur is the birth place of Godess ‘Andal’. It is known for its 1000 years temple. And it is more famous for Palgova. The first thing everybody will ask for is Palgova or Milk Halwa from Srivilliputtur when you tell your friends that you visited the place. The taste of these Palkova is mouth watering.

Palkova is a milk sweet which is enriched with the pure milk in a thick manner without mixing a single drop of water. The only sweet which is added to it is a quantity of sugar into the milk. This product is termed to palkova. It is an eggless milk recepie. The palkova is also known as MILK PEDA.

The history of The Srivilliputhur Milk Cooperative Society Ltd. and other local dealers started the production of the sweet from 1977 after the white revolution in the 1970s. Thus, palkova production is the mainly productivity base in Srivilliputhur.

These latest developments however do not stop us from continuing the traditional tastes and recipes. Palkova is basically an Indian sweet made by simmering milk until it reduces to about half of its original quantity. Vitamins A and B in milk can help to build sharp eyesight. Milk has also been show to help lower risk of certain cancers.Milk is a great source of calcium, which is essential for healthy and strong bones. If you did not wish to have milk have a “Srivilliputhur Palkova”.

Palkova is a traditional Indian dessert/sweet. It is a favorite dessert of both young and old. Palkova has great milk nutrients and calcium. All you need to milk, sugar, spices, nuts and little ghee. Boil Milk until it gets condensed to thick paste by ladling in between. Once in semi solid form add Sugar. This makes the mixture watery. Don’t worry. Keep the flame low always and keep ladling as often as possible. You can add ghee in between. The mixture will leave the sides of the casserole when it is semisolid. It is right time to remove them from flame and pour over a tray. Add nuts for decoration. Your Palkova is ready.

Palkova Recipes”Some delicacies stand the tests of time and maintain the taste even after innumerable years and generations have passed. One such marvel to the mouth is the pal peda prepared in Srivilliputhur, a temple town in Tamilnadu. Diligently prepared using milk – cooked until it thickens, sugar and clarified butter(ghee). This sweet is an instant addiction to our taste buds. It is the South Indian equivalent of the milk peda and is sure to leave us longing for more. The manufacturers retain the pristine quality of the sweet delicacy through the recipe handed down through generations taste bliss!”