Tirunelveli Halwa
Tirunelveli Halwa is a South Tamil Nadu dessert made from milk extracted from wheat berries with a shelf life of up to 30 days, Melting Foods India now sells this traditional delicacy overseas. It is customary for those who visit Tirunelveli, a city in Tamil Nadu, to purchase a packet of halwa from one of the thousands of shops selling the hot and gooey sweet.

It's almost ironical that this once powerful city during the reign of the Pandyas and home to the historic Nellaiappar temple that dates back to 700 A.D. is better known today for its halwa. Ironical because the halwa didn't arrive in Tirunelveli before the end of the 19th Century.
Indian Traditional Sweets Available 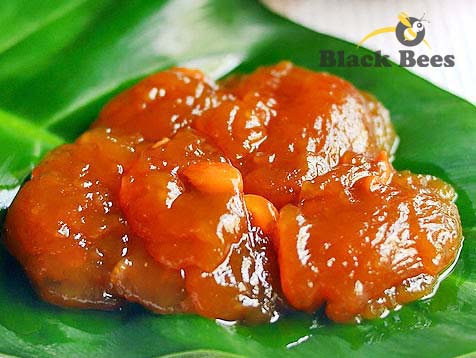